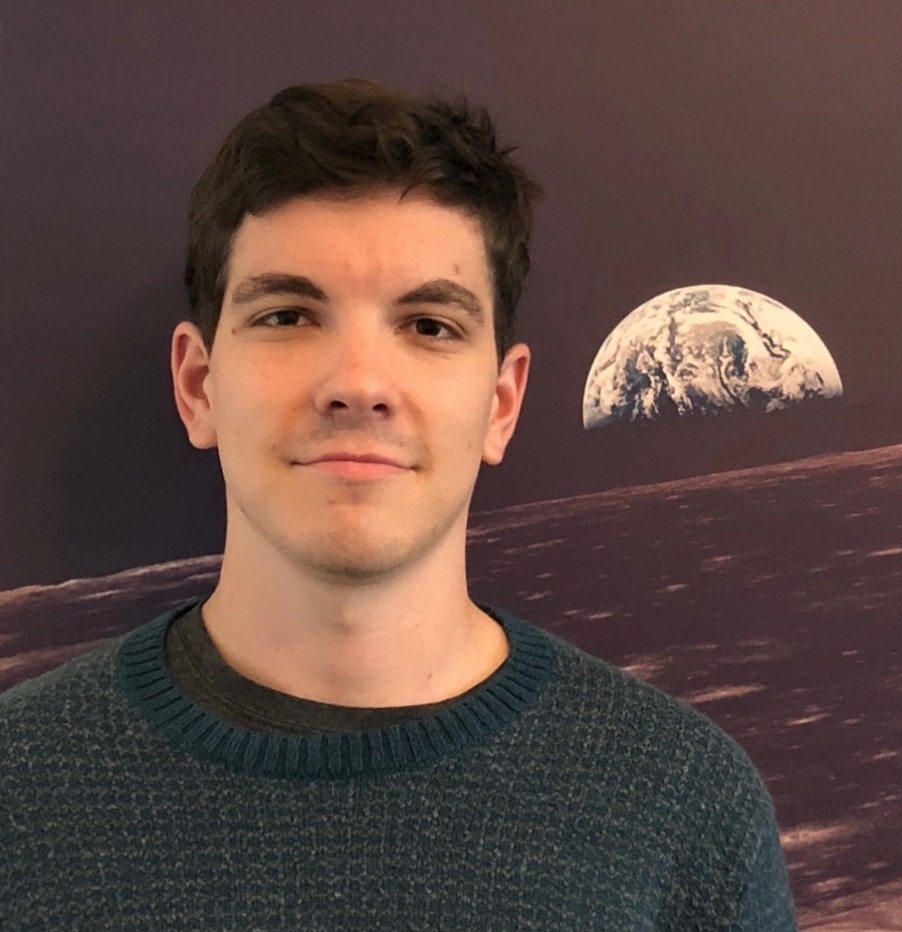 Tell us a bit about yourself! Where are you from, and how did you get into Physics?

I am currently a PhD student in Physics, and I come from the South Shore of Montreal. I have always been interested in logic and mathematics, and enjoyed working on problems that have a concrete and tangible answer. It was in my mechanics and electromagnetism courses in CEGEP that I realized that physics was for me the perfect mix of logical rigour and real world application. At the same time, I started attending AstroMcGill public lectures where I developed a passion for astrophysics, eventually leading me to where I am now.

Why is the rainbow curved, and why do its colours appear in a certain order? Why does the oscillation period of a pendulum not depend on its mass? I love physics because it explains the world around us from fundamental principles, and in quantifiable manner. And, a number of open questions remain unanswered, so there will always be something to learn and understand!

What outreach activities are you currently leading or have led in the past?

I joined AstroMcGill as soon as I started my Master’s at McGill. For the past two years, I have been one of the coordinators of public lectures that we organize in collaboration with Physics Matters. I am also involved in other outreach activities, such as our popular Astronomy on Tap events.

What inspires you to do outreach?

I believe that as scientists, often financed by public funds, we have a responsibility towards the population to render our research accessible to all. It is difficult; it is easier to discuss science with our peers, using a common jargon. But it is a necessary effort.

Are there social issues that you want to address in particular?

Anti-intellectualism seems to be increasingly widespread in the Western world. From climate change denial to the refusal of wearing face masks, the lack of trust in scientists is alarming. And that is certainly partly the fault of the scientific community itself, which must communicate more efficiently and clearly with the public. I hope that I can contribute to bridging the gap and fixing this problem.

My research focuses on neutron stars, these cadavres of massive stars that have exploded into supernovaes. With once or twice the mass of the Sun compressed into thesize of the island of Montreal, these objects are the most compact in the Universe, except for black holes. By studying them, we can learn about the nature of matter at densities unobtainable on Earth.

I work on simulations that model the ejection of winds from the surface of neutron stars. These winds are caused by an accumulation of gas on the surface which quickly combusts by nuclear fusion, generating an enormous amount of energy in the form of X-ray photons. My day-to-day varies a lot. Sometimes, I spend the whole day reading papers or other forms of documentation. Other times, I work to build and improve my simulation codes, or do data analysis. I rarely have nothing on my plate!

If you weren’t a physicist, what would you be?

I like programming, so I would likely work in something like software engineering, data analysis or artificial intelligence. As long as there is a challenge or problem to solve, I’m up for it!

What do you like to do outside of physics? Any hobbies?

I love chess! I’m only an amateur player, but I dream of one day being qualified as intermediate…

Name a scientist you think people should know more about. Why is she special?

Although she is well known by physicists and mathematicians, I think Emmy Noether does not get the recognition she deserves from the larger public. She was a German mathematician in the beginning of the 20th century, who also worked on physics problems. Not only are the contributions she made to both fields outstanding, she made them while facing tremendous prejudice because of her gender, not to mention her ethnicity. As a quick example of her work, she was the one who fixed the energy conservation problem in Einstein’s theory of general relativity. In fact, you should read what he had to say about Noether in this obituary: https://mathshistory.st-andrews.ac.uk/Obituaries/Noether_Emmy_Einstein/.